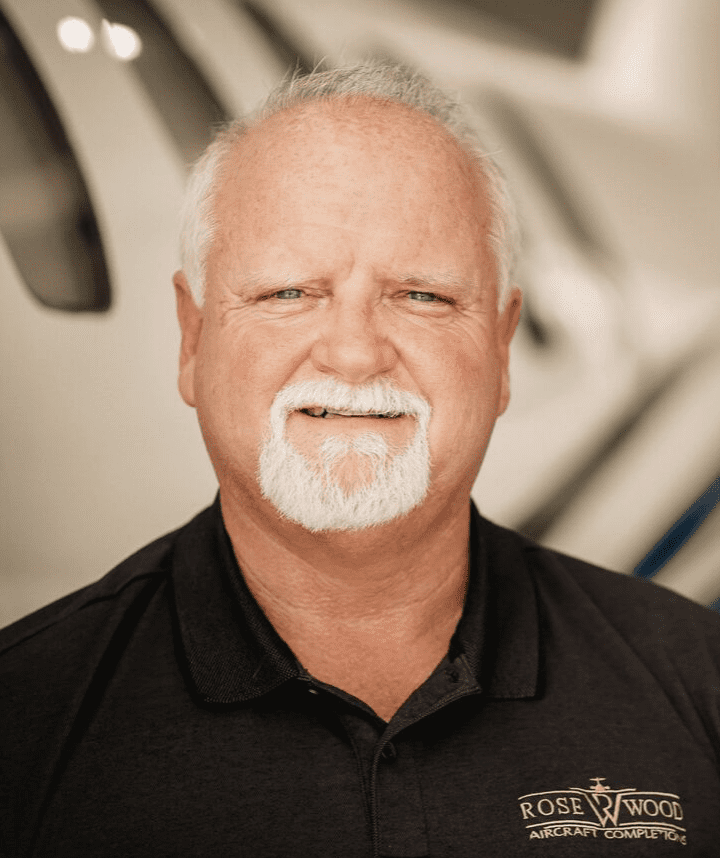 Growing up in the family business of refurbishing aircraft, Kent has a diverse portfolio of experience when it comes to aircraft refurbishment. In 1977, at the young age of 16, Kent began eagerly learning every facet of the family-interior business. He eventually became an owner in his family’s business and served as General Manager for more than 20 years. Throughout those years, he managed 100+ employees and several thousand aircraft completions to his credit.

Kent resigned from the family business in 2007.

In 2008, Kent founded a “mobile” interior refurbishment business, Plane Spa LLC. Kent and his team would travel to the aircraft and install a new interior on-site. In addition, Kent also provided Project Management for customers in many facilities. This exciting business endeavor would keep Kent busier than ever for the next 10 years.

In 2018, Kent and Larry Wood made the decision to merge their expertise to better serve their customers. This is when Rose-Wood Aircraft Completions was born. The response has been tremendous! A brand new, state-of-the-art paint facility is currently in operation and growth will continue with the expansion of a new delivery hanger opening October 2019. 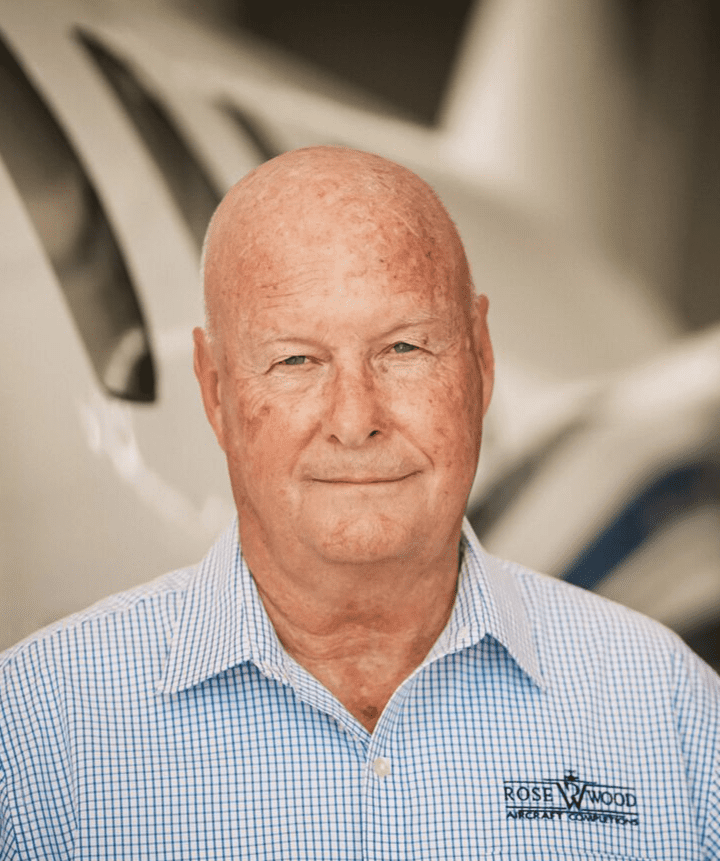 After completing flight school in 1975 Larry started selling airplanes and in 1979 became partners with Johnny Gantt, Gantt Aviation, in Georgetown, Texas. Over the next 25 years, they bought and sold over 1,000 turboprops and jets. Many of the aircraft he refurbished were painted and reupholstered by the Rose family in Mena, Arkansas.

In 2012 Larry started AeroJet Center FBO in Georgetown after acquiring Aero Centex and Longhorn FBO’s. After many years of conversations about starting a new paint and interior completion facility in Mena, Kent Rose and Larry Wood built a completely new facility, Rose-Wood, which opened in January 2019. 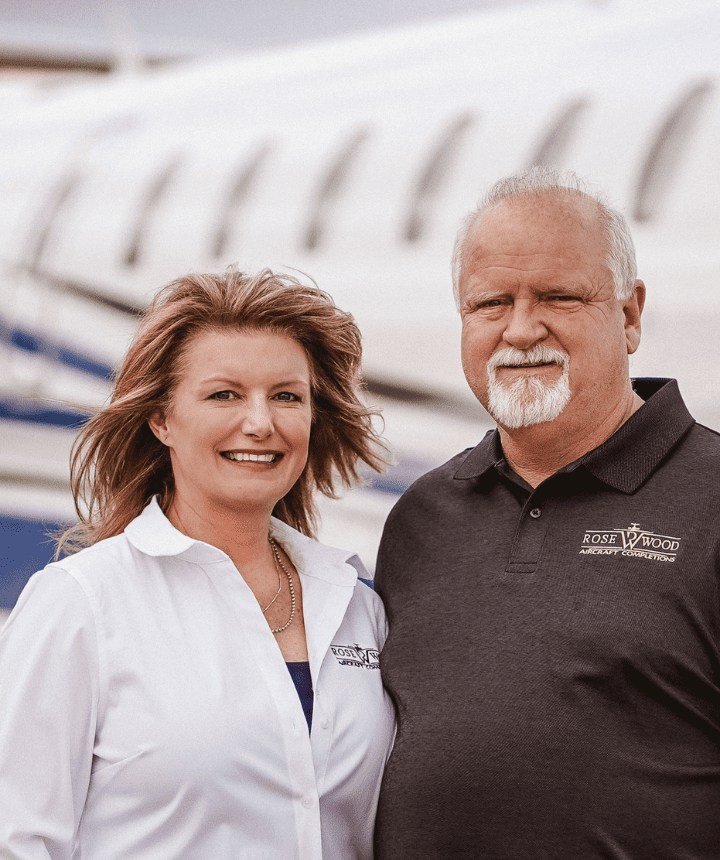 In addition to their refurbishment business, she and Kent also own and operate three luxury vacation rentals. Julie and Kent both enjoy meeting vacationers from all over the world.

Julie and Kent have four adult kids and eight grands.

Nick was born and raised right here in Mena, AR. He married his high school sweetheart, Jennifer, in 2002 and they have five boys. They are members of the St. Agnes Catholic Church.

Nick and his family are all die-hard RAZORBACK fans and all 5 of their boys play football for the Mena Bearcats!

Nick has been in the aviation industry since 1998. Nick’s advanced knowledge of the aircraft paint process and his supervisory abilities have made him indispensable to the Rose-Wood crew. Nick is diligent in overseeing the complete paint process from start to finish to ensure aircraft project flow and work process meet expectations. 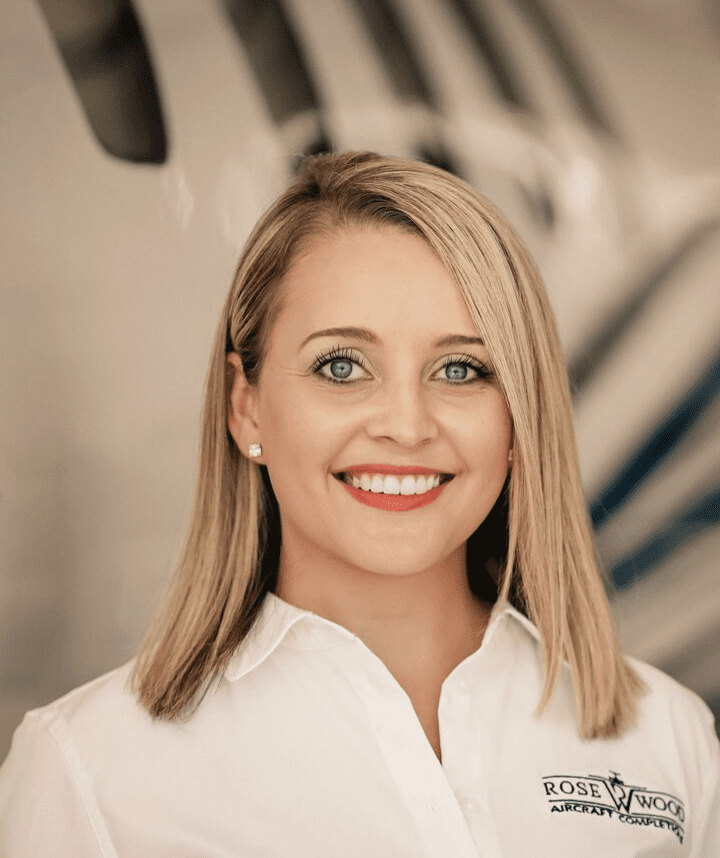 Kirsten is a graduate of Northwestern State University in Louisiana. She was once an LSU fan, but can now be seen wearing Arkansas Razorback attire…Woo Pig Sooie!

Kirsten and her husband, Jordan chose to move to Mena, Arkansas in 2018 when he secured a job as a Pilot and Structures Mechanic at Mountain Airframe LLC at the Mena Intermountain Airport. They are both thrilled to be working in the aviation industry.

Developing strong relationships is the foundation of everything she does, both professionally and personally. Her ability to create personable relationships based on courtesy and kindness have aided her jobs in the Marketing field.